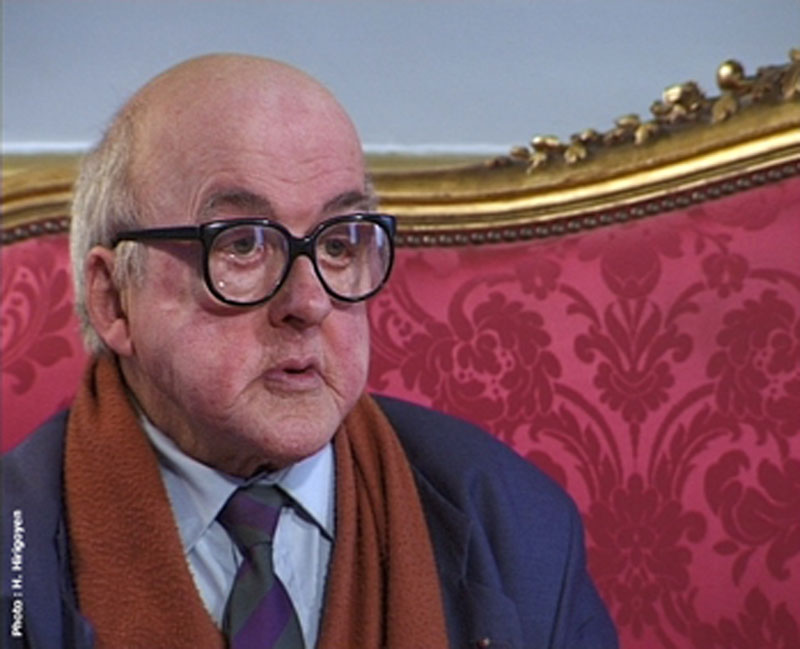 “I became aware that in spite of all that I had imagined, the true liberation was for other people.”

Pierre Seel was deported for being gay from France to a German concentration camp during World War II. He is known for speaking out about his Holocaust experience.

Seel was born to an affluent Catholic family in northern France, near the German border. In 1939, while in a public garden known for gay cruising, his pocket was picked. Seel reported the theft to police and was placed on a list of homosexuals, even though being gay was legal.

In 1941, during the German occupation, Seel was deported along with other French gays to the Schirmeck-Vorbruck concentration camp. He was tortured, starved and raped. He witnessed his boyfriend mauled to death by German shepherds. On his prison uniform, Seel was required to wear blue fabric that denoted clergymen, prostitutes and homosexuals.

After six months, Seel was removed from the camp and forced to enlist in the German army. After four years, he deserted and surrendered to the Allies, who returned him to France. Unlike others, gays did not receive compensation or acknowledgment from France for their concentration camp hardship.

In 1950, Seel entered into a marriage of convenience and never told his wife of 28 years that he was gay. They had three children.

In 1982, Seel responded to Bishop Leon Elchinger’s anti-gay remarks in a letter published in a French gay magazine. He advocated for France to honor gays persecuted by Nazis. In 1994, his memoir “I, Pierre Seel, Deported Homosexual” was published. Seel’s story was featured in the documentary “Paragraph 175” (2000). In 2003, he received recognition as a victim of the Holocaust by the International Organization for Migration.

Seel spent his last 12 years with his partner, Eric Feliu, in France.